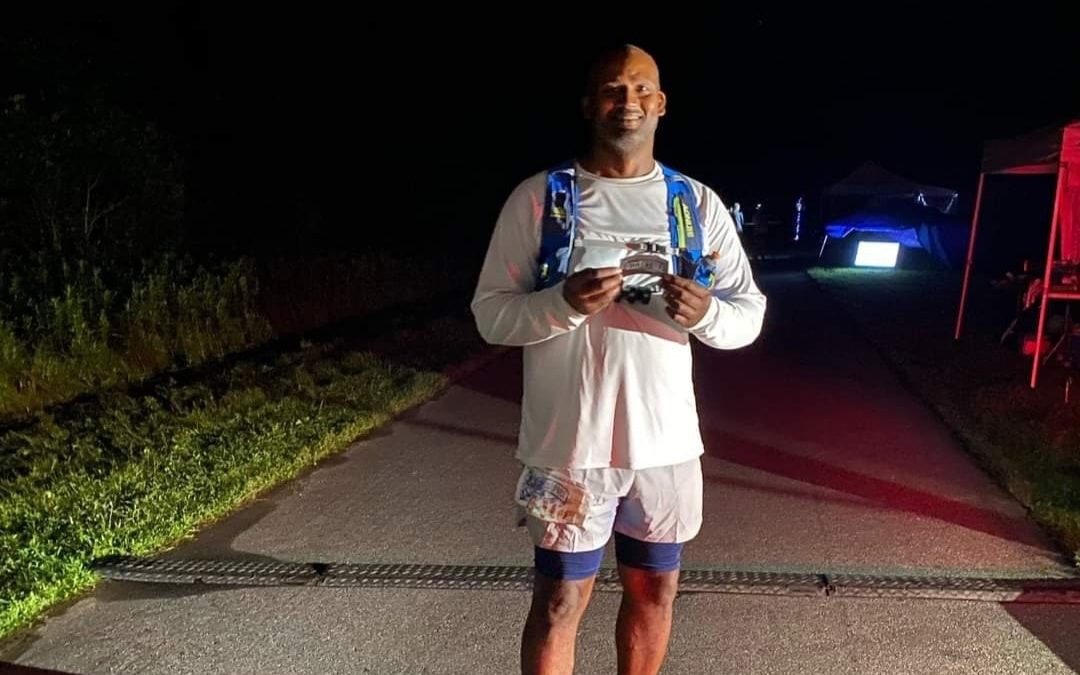 Congratulations to Reshod Walking Shoes customer, Bradd, for reaching his 100-mile goal at the Merrills 48-hour race held at the Army Ranger Camp in Dahlonega, GA. Participants had 48 hours to accomplish whatever distance they chose, but the belt buckle was only awarded to those who completed 100 miles during that time frame. The track was a 1-mile oval in distance. The race started on July 2nd at 9:00 am and finished at 9:00 am July 4th.

Bradd said, “I did the first 50 miles in a running shoe until I developed a hot spot from having to push off too hard and changed to Reshod and finished the last 50 miles in them.

I really wish that I had started and went as far as possible in the Reshod first because the running shoes DID NOT provide the same response nor performance.

I became fatigued in the running shoe because it felt like a had to push harder and felt very unresponsive to get a decent foot turnover. But, once I put the Reshods on, my gate, foot turnover, and posture were much better by far.”

Bradd’s next distance race will be the Georgia Costal Greenway 155 Miler March 2023 with a few shorter distance races in between as train up walks. We wish him all the best in his training!

“I plan on using the Reshods first at the CGG 155 and see how far I can push in them before changing out. Heck, I might purchase a second pair of them so I can stay 100 percent Reshod!

I’m so happy that I found Reshod and I have nothing but good things to say about them!

Keep producing these awesome shoes because I’m going to talk them up so people can see for themselves that they are the best shoe for leisure and competitive walking hands down!”

Thank you, Bradd! We’re getting new product soon and hope you’ll rock them in the next race. Keep us posted.