It May Be April Fools’ Day, but Inventors are NOT Fooin’ Around! 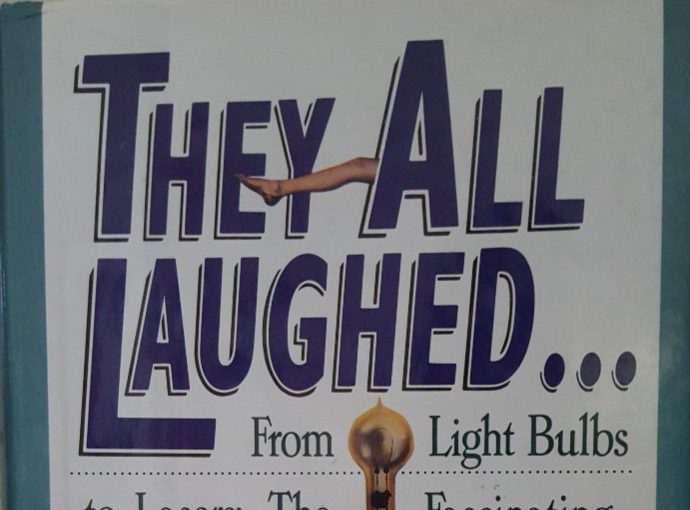 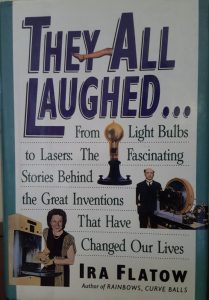 It seems appropriate to recommend this book on April 1st – especially if you are a discourage inventor.   It was about this time of year in 1993 when I began to pen my concept for what has become ReShod Walking Shoes, LLC.  I expected other innovators in the athletic footwear field to get on board, but instead, I got a lot of eye rolls and chuckles.  But hey, I’m a racewalker, so I’m used to being laughed at.  Still, I was serious about creating an innovative midsole technology that would bridge Olympic-style racewalkers, nature walkers and everyone in between.

I filed my first patent in 1994 and found a shoe repairman who was willing to carve up shoes and attach various shapes of midsole materials until I found the right configuration.  Then I headed back to the “experts” for their opinion but got more rejection.  Each time they gave me a reason for their lack of interest, so I’d head home and figure out the solution.  At some point I knew that if I could just explain my invention better, they’d see the light.  The problem was that I didn’t work in the footwear industry and wasn’t connected to last and pattern engineers, material suppliers or the machinery to make a professional prototype.  I was expecting them to meet me halfway on the vision with only a crude model.

In 2001, I left my paralegal career to pursue a love for coaching.  Next, I filed patent number two and continued to seek out a company that would embrace my ideas.  I had some hopeful leads, but none that lead to a permanent partnership.  In 2005, I accepted an entry-level job in Columbia Sportswear’s special makes footwear department.  It was a great opportunity to learn about the footwear business from the inside.  A year later, I became their Footwear Fit and Wear Testing Coordinator.  I went to Asia and learned how lasts are made, uppers are constructed and outsoles and midsoles are assembled to make a full shoe.  It was quite a process.  Back home, my race walk athletes started asking if I would cobble up a pair of my “special” shoes for them.

In 2008, I started ReShod Walking Shoes, LLC and did just that.   One thing I learned by working in footwear development was that uppers are complex in more ways than one.  My plan was to eliminate the fit variable of the upper so my customers would limit their feedback to the midsole.  I needed to determine if my concept is a viable product, or just a crazy idea.  To my surprise, my customers were more than happy to bring me their old, well-fitting athletic shoes and I was on my way.  I even had repeat customers.  For the first time, I was validated!

Last year I filed patent number three and have a factory working on the complete shoes.  Over time I developed many wonderful relationships in the footwear world.  I’m grateful to those who have helped me get to this stage.

So if God’s given you some insight into something new and creative that’s a little bit outside of your comfort zone, read this book and take comfort.  You’re in good company.

Western Union considered Bell’s telephone to be a toy.

Remington’s typewriter was initially thought to have no practical use.

The head of the US Patent office exclaimed that everything that can be invented has been invented before the Wright Brothers showed up.

This list goes on.  The point is to keep pressing on and get ready to laugh last!