Reshod Walking Shoes Customer Throws Out the First Pitch at the Cardinals vs. Reds Game in St. Louis 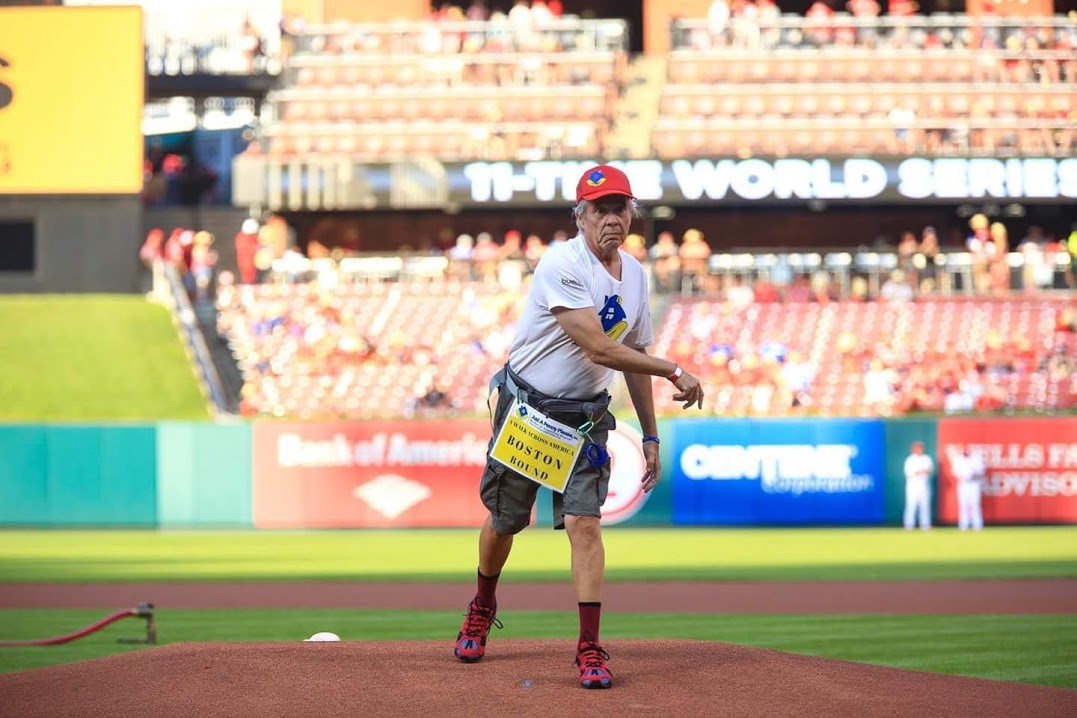 St. Louis, July 13, 2018 – Friday the 13th was a lucky night for Michael Capozzoli.  The lifelong baseball fan was invited to throw out the first pitch of Friday night’s Cardinals home game against the Cincinnati Reds. 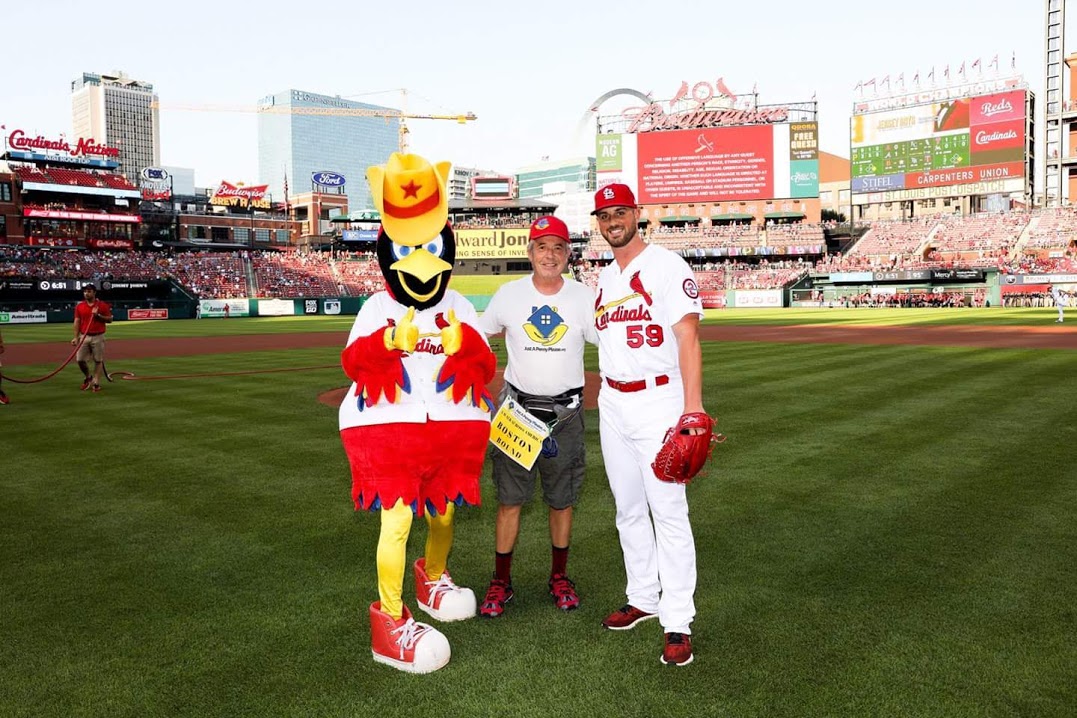 The Reshod Walking Shoes customer is trekking across America to raise money for his Arizona non-profit, Just A Penny Please. The goal is to build a safe house that allows pets.  According to Capozzoli, many victims of domestic abuse will stay in dangerous environments because they don’t want to leave a beloved pet behind.   Capozzoli has taken it upon himself to do something about that.  He started his cross-country mission in Dana Point, California and just crossed the Mississippi River, logging over 2000 miles and plenty of adventure. 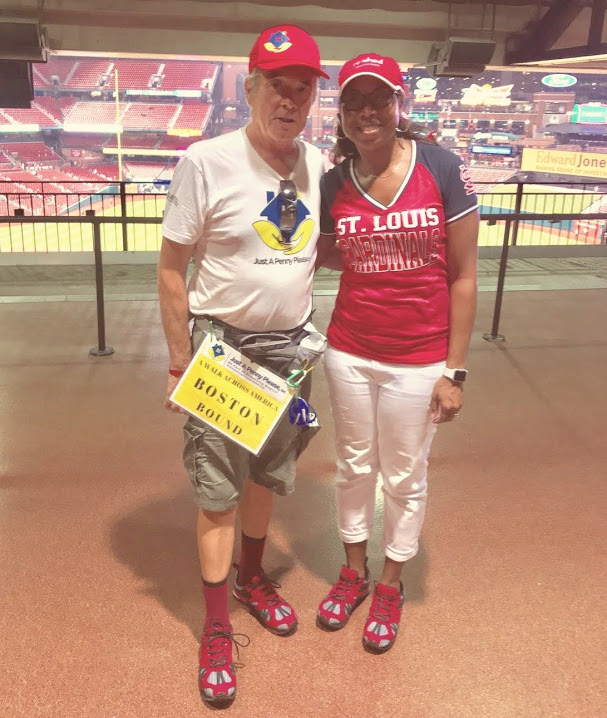 Michael will tell you that his journey has been full of interesting twists and turns.  While in St. Louis, he had the chance to meet, Kimberly Shane, the Reshod footwear designer who created the upper of the VERY shoes he’s been walking in!

His final destination is the Red Sox game in Boston, where he will throw out another game opening pitch for his childhood heroes – but not before stopping in Cincinnati on Sunday, July 29th to do the same at at Reds home game.

We wish Michael a very safe and productive finish to his journey.