Update on the Launch of the Blue Reshod Walking Shoes

In October 2017, the first shipment of Reshod Walking Shoes® with Pushover® technology arrived in Portland, Oregon. 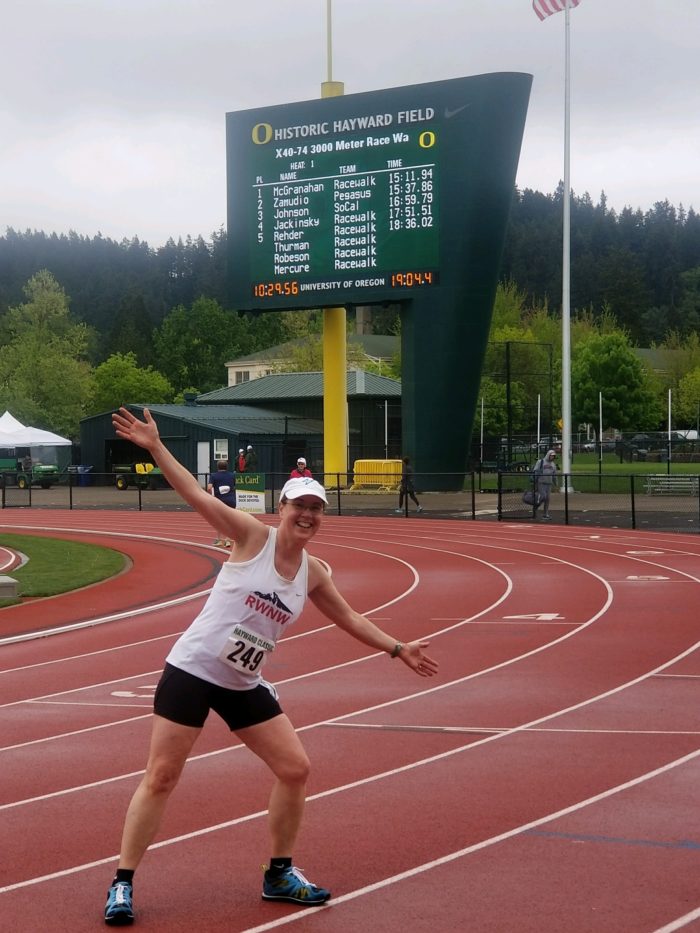 Many customers have been asking when the blue style will be available.  Here’s the scoop:

At this point, the next round of casual/training samples have been confirmed with the factory in both the blue and the black colorways.  This includes a few revisions to the upper resulting from feedback we received from our early adopters.   The blue race shoe is also ready to order, pending feedback from wear testers, which includes Coach Carmen™.  Now that the initial phase of setting up the retail side of Reshod® is underway, she is finding her way back to regular training and racing, donning samples of the blue race style at Hayward Field last Sunday.  She was really pleased with her performance, walking 8:53 minutes for the first four laps of her 3k and winning the Women’s 50-54 age group.  She also raced a mile event a couple hours later in 9:14, wearing the same shoes.  She hopes the feedback from her five wear testers are just as favorable.  As soon funding is secured, we will send in our official order.   For now, the website lists the blue shoes to be available in 2018, but we’re not sure exactly which month.  Thanks for your patience.  We’ll keep you posted.